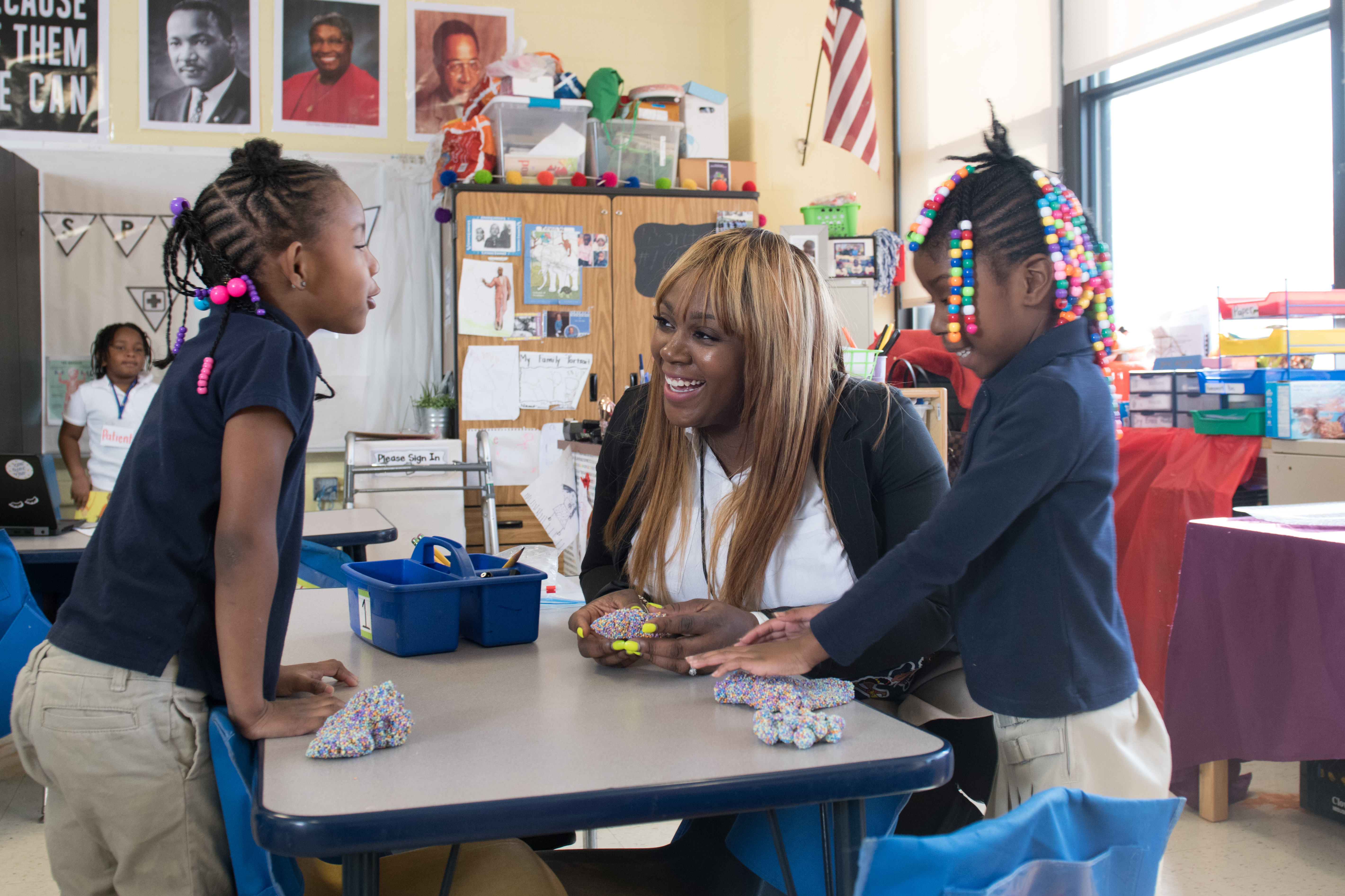 D.C.’s two biggest charter networks are growing. But how big is too big?

Last year, three charter schools in the District stood on the brink of closing. They needed help. Fast. Two turned to the Friendship Public Charter network. The third received a lifeline from the KIPP DC charter network.

And now, Friendship may rescue yet another struggling charter campus. D.C. education officials are considering a proposal for Friendship to take over Achievement Prep-Wahler Place Middle School in Southeast Washington.

KIPP DC and Friendship, the city’s two largest charter networks, have grown bigger in recent years as they take over floundering charter campuses, revamping the schools and adding the campuses to their already extensive and well-regarded portfolios. Let’s get to know each other! 🤝 Interested in one of our campuses? Join us at our open house(s) to learn more about #FriendshipPCS.

When it comes to success in the classroom, character matters just as much as rigorous academics. Just look at the outcomes from Blow Pierce Elementary and Middle. One of the District’s highest-performing Tier 1 charter schools, Blow Pierce builds scholars who pursue academic excellence with integrity, perseverance, confidence and courage.

Grades 5-8 at Blow Pierce Middle build on this approach by helping students gain a deeper understanding of core content, while taking ownership of their learning. Consistent with Friendship’s focus on early college exposure, students are introduced to the major concepts they will put to work later in Advanced Placement courses and Friendship’s Early College high school program.

Guided by dedicated teachers who are vested in each student’s success, Blow Pierce builds scholars who are on their way to becoming college completers. As someone who truly loves working in education, I believe that being committed to a mission and passionate about the work is what moves children to grow and learn. As such, I have spent my entire career serving the students and families of Washington, D.C., and have always strived to go above and beyond to provide the very best learning experience possible. Starting as a Pre-K4 teacher at an all-boys charter school, I was driven to find new ways to help the community grow and expand from an early stage. Eventually rising to teach 3rd, 4th and 5th grades, I saw my students make gains of over 60% on their high stakes assessments. In constant pursuit of my craft, I have participated in numerous Uncommon Schools trainings, including Behavior and Culture, Engaging Academics, and Great Habits Great Readers. The successes that I had in the classroom led me to take on a greater leadership role within the school as a Dean of Culture. I coached teachers on how to create a positive and productive classroom culture, which ultimately landed me an interim Head of School position.

Following that chapter, I came to work for Friendship PCS as an Elementary Academy Director. This has proven to be the most enjoyable experience of my career. In the first 4 years, I helped lead the Elementary Campus to score at the Tier 1 status for 3 consecutive years, with our score improving in each year. During that time I have participated in a pilot leadership cohort through the National Academy of Advanced Teacher Education (NAATE), as well as successfully completing the Relay Graduate School of Education’s National Principal Academy Fellowship program. I have led the Summer Learning Academy as principal twice in the past 4 years, served as coach of the middle school boys basketball team, and also facilitated school-wide culture building events and fundraisers to help benefit the overall experience of our scholars and their families. Working at Friendship Blow Pierce has been my job, but staying committed to the mission of Friendship PCS at Blow Pierce, is my passion and proudly my life’s work.